Loop Abroad, in collaboration with CELA-Belize, invites students to be part of wildlife conservation and research conducted by the Foundation for Wildlife Conservation (FWC) in and around the Runaway Creek Nature Reserve in central Belize. This is a one-of-kind online research fellowship available from anywhere. 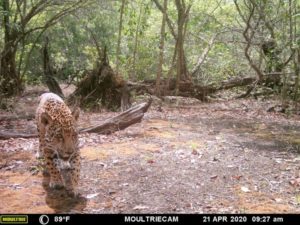 Join the research team from the Foundation for Wildlife Conservation (FWC) to study jaguars and howler monkeys at Runaway Creek Nature Reserve in Belize. FWC is a small non-profit organization that owns and manages Runaway Creek. The reserve is over 6,000 acres of tropical forest that serves as a critical piece of the Maya Forest Corridor in Central Belize. This unique online fellowship will encompass two on-going projects at Runaway Creek and will require the students to work with long-term data on howler monkeys and jaguars.

Work alongside primatologist Dr. Kayla Hartwell to gather information and analyze data as a critical step toward the reintroduction of endangered black howler monkeys to Runaway Creek Nature Reserve.  Following a destructive hurricane in 2010, howler monkeys slowly disappeared from the reserve. To help bring howler monkeys back to Runaway Creek and increase their genetic diversity within the corridor, FWC will release ex-captive howler monkeys who have gone through a successful rehabilitation process and are ready for survival in the wild. 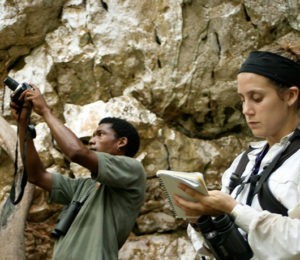 In addition to participating in the study of howler monkeys, students will gain valuable experience conducting research on jaguars. They will help the FWC team compile and organize over 10 years of camera trap images on jaguars and other wildlife (eg. tapirs, pumas, ocelots, coatis) at Runaway Creek using a specialized research software program.  Research fellows will learn how to individually identify jaguars and compile a complete species list for the reserve. This information will be critical to the management of Runaway Creek within the Maya Forest Corridor.

Through a combination of lectures, assignments and one-one-one instruction, students will be introduced to conservation issues within the Maya Forest Corridor, primate behavior, wildlife monitoring and research techniques, the importance of vegetation sampling, and other ongoing research by the FWC team.

This fellowship is virtual, based on twice weekly lectures and meetings led by the FWC staff. The curriculum is based on current and past data collected at Runaway Creek Nature Reserve. Following the initial introductory block session, meeting times will be twice a week for 1-2 hours as well as virtual office hours for one-on-one time with FWC staff.

Your primary projects will include (100 Research Hours required): 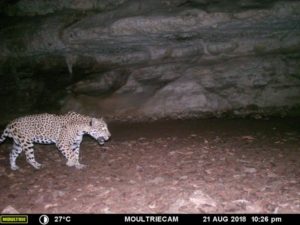 Howler monkey sighting and behavior data: You will help analyze data on the howler monkeys at Runaway Creek to determine when howler numbers started to decline following the hurricane. You will learn data collection methods for studying primates in the wild and will learn simple data analysis tools while also calculating howler activity budgets and diet profiles.

Vegetation sampling: Studying the vegetation prior to releasing the howler monkeys is critical to a successful reintroduction so that the habitat is deemed suitable with enough food resources to support monkeys. You will learn how to collect and analyze vegetation data and fruit phenology to determine howler food availability within the areas selected for release.

Camera trap data: For over ten years, FWC has used a series of motion sensor camera traps within the 6,000-acre reserve to monitor and study wild animals. Camera traps are an effective method for collecting data on elusive species with minimal impact to the animals. You will help the FWC team organize and review camera trap images to compile a complete species list of animals at Runaway Creek. You will also learn how to individually identify jaguars and analyze camera trap photos of jaguars to determine relative abundance, site fidelity, population density, and record observations of unique behaviors. 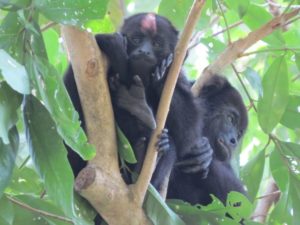 Literature Review: You will compile articles from peer-reviewed journals as part of FWC’s research projects.  Topics will include research methodology and data analysis using camera traps, wildlife rehabilitation and reintroduction of howler monkeys and other neotropical primates, wildlife corridors and conservation issues with the development of roads. You will research a topic, compile information from multiple resources, and complete a paper discussing your findings. The information you gather in your literature review will be useful to FWC for future research proposals, presentations, publications, and grant applications.

Learn about the behavior, ecology, and conservation status of primates in Belize 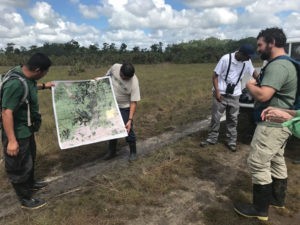 Your impact as a research fellow…

Your work as a research fellow with FWC will have a direct impact on the conservation of howler monkeys and jaguars in Belize. The information you gather during your fellowship will be critical to a successful reintroduction of endangered black howler monkeys. Furthermore, you will have a first-hand impact on the management and protection of jaguars and other threatened species within the Maya Forest Corridor.

Other topics presented and discussed will include wildlife rehabilitation, tapir research at Runaway Creek, species identification, and basic statistical analysis.

Students may apply from anywhere in the world. You must be fluent in English and have internet fast enough for video call (minimum 1Mbps) and a computer with video playback, microphone, and sound. No experience with zoos, research, or veterinary medicine is required.

Virtual office hours for one-on-one time with FWC and Runaway Creek staff will be available. Each fellowship session is limited to 20 fellows to ensure substantial customized mentorship.

Enrollment is rolling and sessions will close as soon as they fill. If a fellowship session is still listed here, there are still positions available.4-

Since COVID-19 disrupted many students’ travel and educational plans, we are heavily discounting tuition to help pre-veterinary students meet their goals!

There are no additional readings, technology subscriptions, or course materials you have to purchase to participate in this research fellowship.

Why not join us for 2 weeks to a month in the tropics? 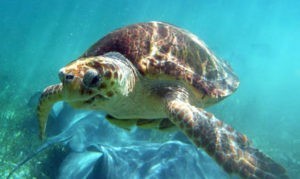 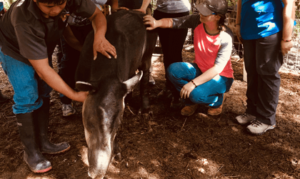 ONE HEALTH: PUBLIC HEALTH IN THE TROPICS 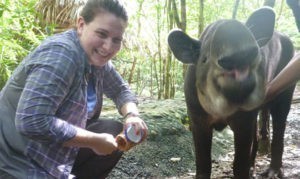 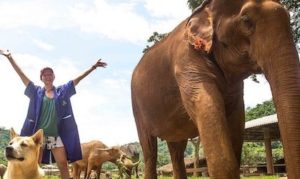 GO BEYOND BELIZE
with our partner
LOOP ABROAD!

Want to study abroad but not sure if you can afford it? You are not alone! Whilst studying abroad gives you an appreciation for the world outside of your home country, grows your character and confidence, gives you great opportunities, may still worry about paying off student debt in the future. Thankfully there are a couple of options you can pursue that may make that trip of a lifetime a little bit more affordable.

Many of our alumni have been successful raising money from friends, family, and community through crowdfunding. Tell your story, share your passion, and people may want to be a part of your adventure and growth!

CELA Belize will sponsor two scholarships for APVMA members each winter and summer season.  Each scholarship has a value of 50% off the program tuition. Students can choose among any animal science courses offered (Large Animal, Wildlife Health, etc). Additional charges including but not limited to late arrival/early departure, extra transcripts, and a transcript from a U.S. college/university are not included.

CELA Belize will sponsor scholarships for students in the field of health and pharmacology in each winter and summer season. Each scholarship has a value of 50% off program tuition. Students may choose among any courses offered. Additional charges including but not limited to late arrival/early departure, extra transcripts, and a transcript from a U.S. college/university are not included.

CELA Belize will sponsor scholarships for students in the field of anthropology in each winter and summer season.  Each scholarship has a value of 50% off program tuition. Students may choose among any courses offered. Additional charges including but not limited to late arrival/early departure, extra transcripts, and a transcript from a U.S. college/university are not included. 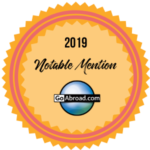